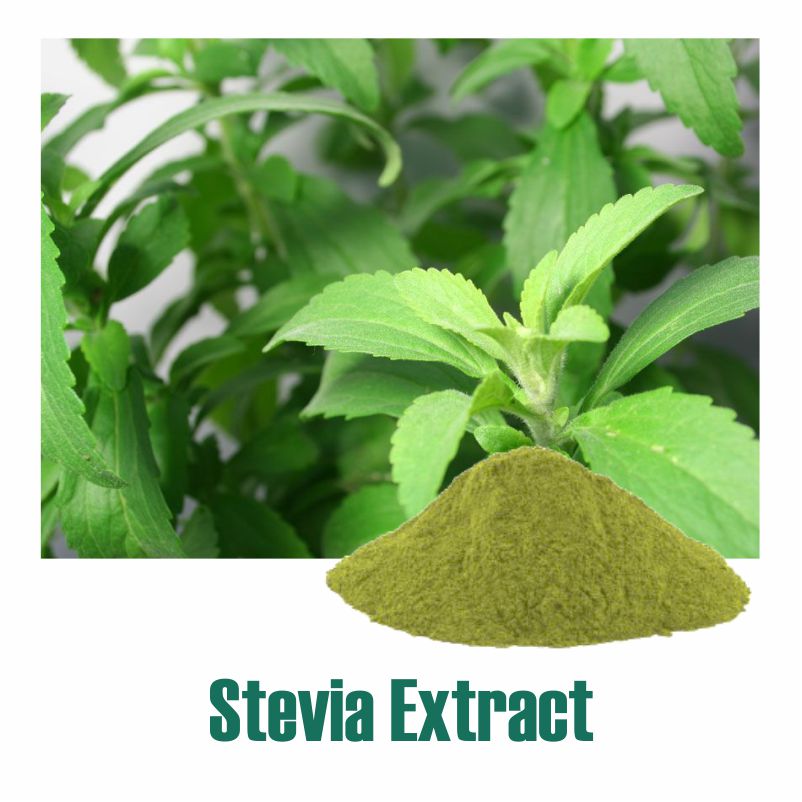 Stevia Rebaudiana Extract is a Low calorie, Natural alternative sweetener and is the best healthy sugar substitute that is extracted from the leaves of Stevia plant called STEVIA REBAUDIANA. Stevia Rebaudiana Extract contains the most active compound, known as Steviol Glycosides, that contains 150 times more sweetness than sugar. Stevia Rebaudiana has been used for many years by Gaurani people in South America and they called Stevia as a Sweet Herb. The leaves of Stevia are also in the use for hundreds of years in Brazil and Paraguay to sweeten the tea and medicine while Japan is also using Stevia as a sweetener for decades because, in 1899, scientists firstly described Stevia as a sweetener.

Stevia has low Glycemic Index & aids activation of beta cells of the pancreas which helps to avoid blood sugar spikes. The study shows that Steviol Glycosides are poorly absorbed in the body and pass through the upper gastrointestinal tract fully intact. Once steviol glycosides reach the colon it is converted into steviol. Steviol is then metabolized by the liver before being excreted in the urine. Hence there is no accumulation of Stevia in the body during metabolism. It is because of this poor absorption in the digestive tract that stevia has Low calories and does not raise blood glucose or insulin levels when digested. Stevia helps to improve the function of the hormone insulin, purifies the blood and helps to reduce blood pressure when taken on regular basis.