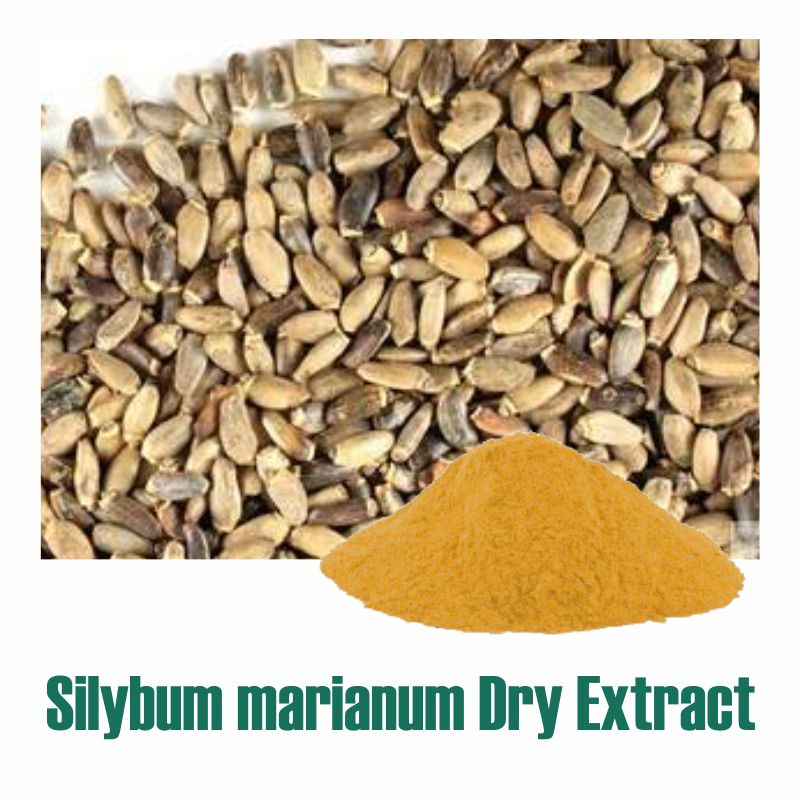 Silybum marianum has other common names including cardus marianus, milk thistle, Mary thistle, Mediterranean milk thistle, and Scotch thistle. This species is an annual or biennial plant of the family Asteraceae. Milk thistle is originally a native of Southern Europe through to Asia, it is now found throughout the world. Milk thistle is an upright herb plant which grows for a year or two. It grows 60 to 150cm high and blossoms from June to September with purple daisy heads, which consist only of tubular flowers. Milk thistle has been widely introduced outside its natural range, for example into North America, Hawaii, Australia, New Zealand, Colombia where it is considered an invasive weed. The young stems and leaves of Silybum marinum can be eaten raw or boiled as a vegetable, and are claimed to have health-giving properties in cleansing the blood, tuning the liver, easing catarrh and improving milk flow in nursing mothers. Traditional milk thistle extract is made from the seeds, which contain approximately 4–6% silymarin. The extract consists of about 65–80% silymarin (a flavonolignan complex) and 20–35% fatty acids, including linoleic acid. Silymarin acts as an antioxidant by reducing free radical production and lipid peroxidation. Silymarin has been used to treat alcoholic liver disease, viral hepatitis, and toxin-induced liver diseases, and can be promising in the approach to hepatocellular carcinoma. Milk thistle extract supports reduction in inflammation in Joints, hence helpful in arthritis related complaints. Silymarin helps as insulin sensitiser and thus in maintenance of low controlled blood sugar in diabetis.