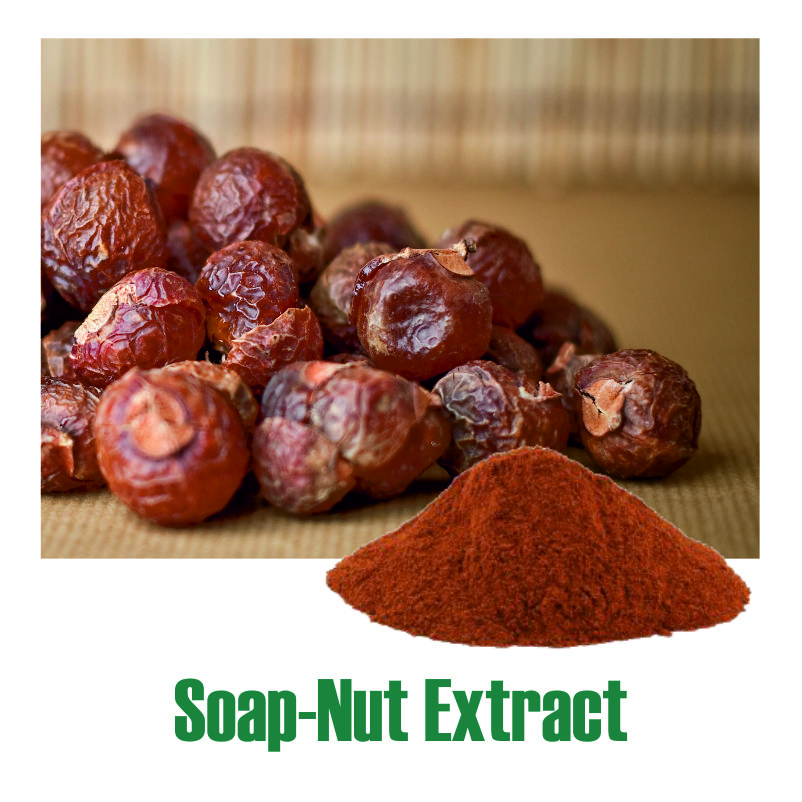 Sapindus mukorossi is a species of tree in the family Sapindaceae. The fruit is commonly known as Indian soapberry or washnut or soap nut. This is also a native of Western coastal Maharashtra – Konkan, and Goa in India. Sapindus mukorrossi known as the areetha or ritha or reetha tree in India (Hindi) and Nepal, is a deciduous tree that is grown in the lower foothills and midhills of the Himalayans (including Shivalik hills), up to altitudes of 4000 feet. Soap nut tree is tolerant to reasonably poor soil, can be planted around farmers’ homes. Researchers have found that the Ritha fruit can be used in an enhanced oil recovery technique. More specifically, studies found that extracts from the soapnut can be used as an organic surfactant to increase the mobility of oil from the fields. In addition, researchers have demonstrated the potential for the soapnut to be used as a natural surfactant for washing arsenic from soils that are rich in iron. Areetha or soap nut tree fruit is a popular ingredient in Ayurvedic shampoos and cleansers. They are used in Ayurvedic medicine for treatment of eczema, psoriasis, for emesis, for helping expulsion of phlegm from lungs, and as abortificient. Soapnuts have gentle insecticidal properties and are traditionally used for removing lice from the scalp. The soapnut contains the compound of saponin, which has natural cleansing properties, and therefore the soapnut can be used as a cleanser for hair, skin, and clothing. These saponins are also useful as insecticides, for purposes such as removing head lice off the scalp. Scientific study have suggested that the soapnut can also be used as a natural remedy for many health problems, such as for treating migrane headaches, or for dermatological purposes such as using the seeds to remove skin impurities like pimples or eczema. Many research studies have been conducted to prove the plant’s potential as being spermicidal, contraceptive, hepatoprotective, emetic, anti-inflammatory and anti-protozoal.