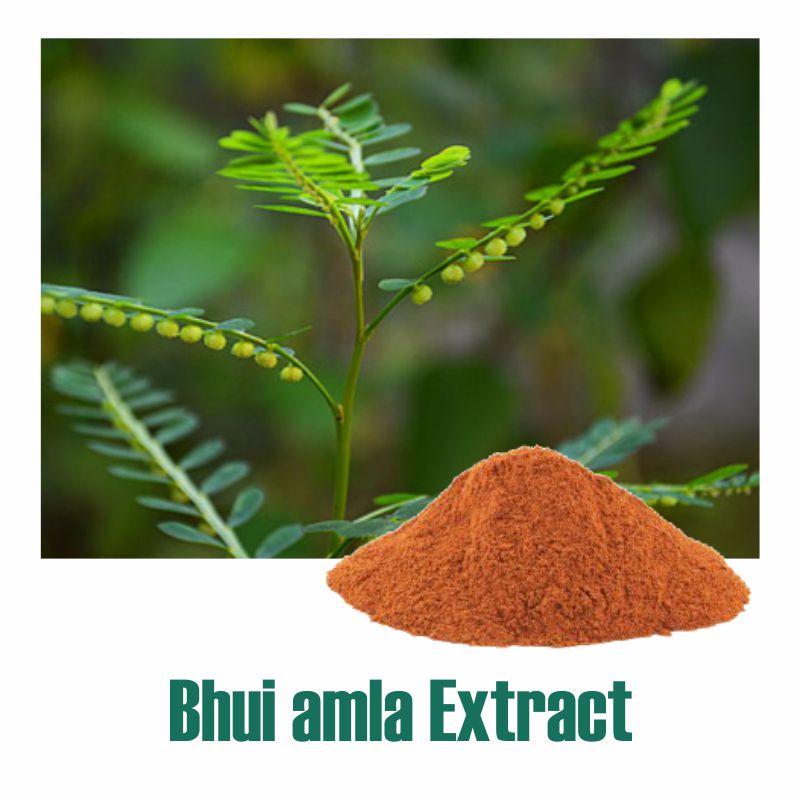 Bhui amla or Bhumyamlaki (botanical name- Phyllanthus niruri) is a widespread tropical plant commonly found in coastal areas, known by the common names gale of the wind, stonebreaker or seed-under-leaf. Phyllanthus niruri, is a plant belonging to the Euphorbiaceae family with a worldwide distribution and it is used in Brazilian folk medicine & Ayurvedic medicines. Scientific study of Bhui amla extract has shown presence more than 50 compounds, including bitters, alkaloids, flavanoids, lignans and triterpenes. Among these substances, the triterpenes have been found to inhibit the cytotoxicity induced by calcium oxalate as well as to reduce excretion of stone forming constituents and the markers of crystal deposition in the kidneys. Moreover,extract from the leaves of Phyllanthus niruri containing substances such as lignans and phyllanthin showed a improvement in reduction of toxicity like uric acids, in urinary tract. The alkaloids extracted from plants of the genus Phyllanthus niruri present an antispasmodic activity leading to smooth muscle relaxation, mostly evidenced in the urinary tract, which would facilitate the elimination of urinary calculi. These data strongly suggest that Bhui amla or Phyllanthus niruri may be a potential source of many substances with antilithiasic properties. As per ayurvedic authentic texts, Bhui amla is used regularly in Jaundice, liver & spleen swelling, malarial fever, urinary tract diseases, to detoxify blood. Modern science also proves the efficacy of bitters present in Phyllanthus niruri to resolve liver toxicity and hepatic inflammation due to various reasons.