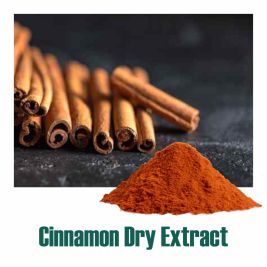 Cinnamon is a spice created from the inner bark of the Cinnamomum tree {Botanical name -Cinnamomum zeylanicum]. Strips of the inner bark are dried until they curl into rolls known as cinnamon sticks or quills. These can then be ground into powder or made into an extract. Cinnamon is used regularly in food items for its typical aroma and flavour. Ceylon Cinnamon is used from ages for its medicinal benefits. Ayurveda mentions use of Cinnamon for indigestion, colic pain, anti-flatulency, appetiser, aromatic, uterine stimulant, spermatogenic, thirst feeling. Early research shows that taking Ceylon cinnamon for the first 3 days of menstruation may improve pain in women with menstrual cramps. Other research shows that taking Ceylon cinnamon along with other herbal ingredients for 3 months leads to regular periods, improves the chances of conception, lowers blood pressure, improves quality of life, and decreases symptoms of depression, anxiety, and stress in overweight women with polycystic ovarian diseases. Ceylon cinnamon helps in improving digestion and intestinal functions. Taking Ceylon cinnamon as a supplement for its anti-inflammatory and antioxidant effects likely will not hurt you. Scientific study shows that the Cinnamon is composed of aromatic essential oil, tanins, polyphenols etc.