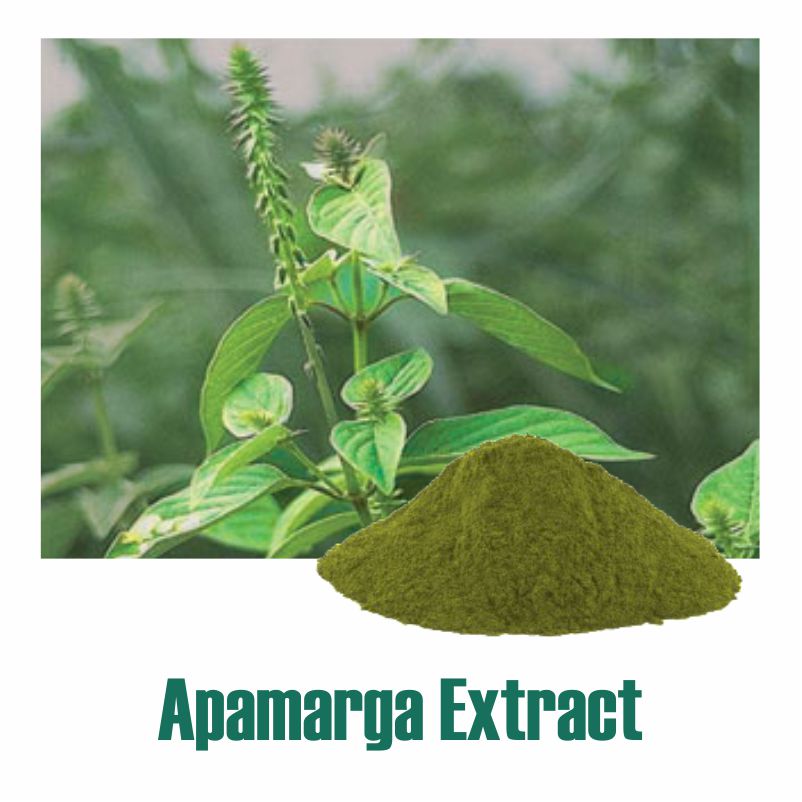 Achyranthes aspera Extract has been extensively used in AyurvedaAchyranthes aspera (common names: chaff-flower, prickly chaff flower, devil’s horsewhip, Sanskrit -Apamarga) is a species of plant in the Amaranthaceae family. It is distributed throughout the tropical world. Apamarga is one of the 21 leaves used in the auspicious yearly Lord Ganesh Puja in India. Achyranthes aspera has occupied a pivotal position in Indian culture and folk medicine. Since ancient times the tribal and rural people of India commonly use this herb in various disorders.

It is said that external application of Apamarga powder paste promotes pain reducing response arisen due to scorpion or mad dog bite. as an anti-inflammatory agent besides being useful in Hemorrhoids, indigestion, cough, asthma,anemia, jaundice and snake bite. Apamarg oil is used locally in earache. The root powder is sprinkled over the lesion in skin diseases.